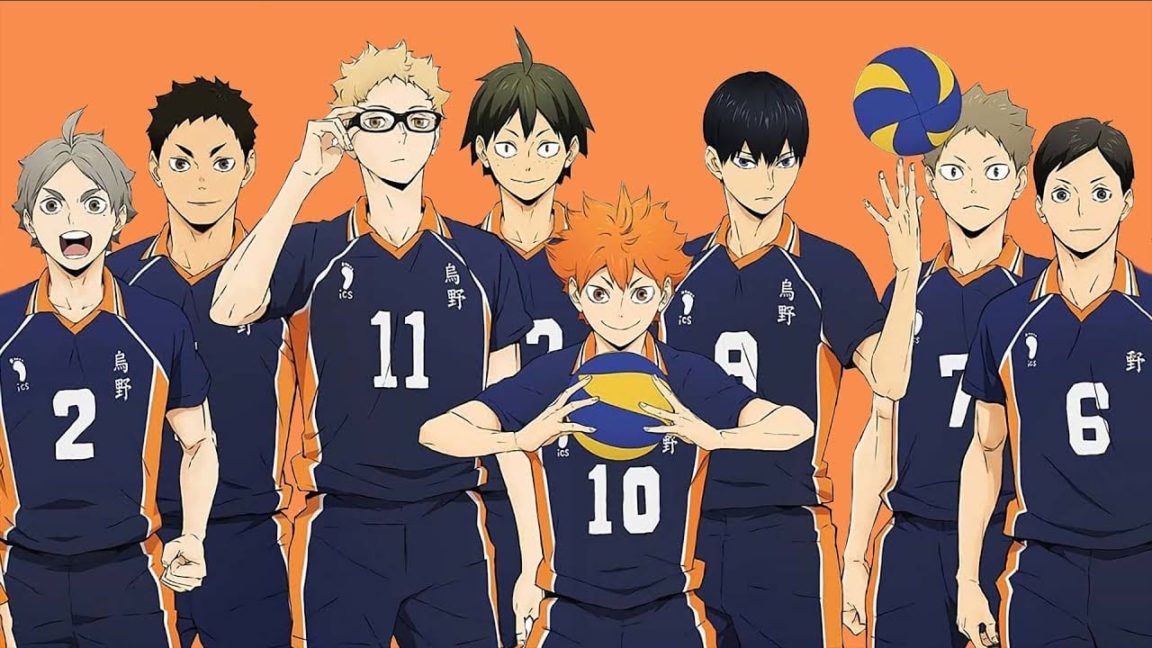 “Haikyuu” is a Japanese term that means “volleyball,” a well-known manga series is written by “HaruichiFurudate” having forty-five volumes.

This sport-based comedy comic series got great fame in all years.

Before starting the filler list of the Haikyuu series, let discuss why fillers are essential in anime. They provide most of the information about the character, but they are not part of the canon. Mostly they come at a horrible time, but sometimes it’s fun to watch them. But if you want to complete the whole series quickly, you can skip filler; they are totally a waste of time. The entire Haikyuu series contains 0% fillers that why it’s worth watching. There are almost three completed seasons available on Netflix and many other television networks.

Japan gets all of the episodes as soon as it is released, but there is no filler in its entire anime. Despite four-season having a total of 85 episodes but have no fillers make it is the most popular series.

None, Haikyuu has no Filler episodes.

The whole story is split into four seasons, starting from 2014 and still streaming on different television channels. You can watch all of its three seasons on Netflix, but season 4 is not available there.

The title was “HaikyuKarasuno High school vs. Shiratorizawa Academy.” It was aired from 7 October 2016 to 9 December 2016, having ten episodes. Sentai Filmworks also licensed the third season having “Hikariare” and “MishiMashi” as their ending and opening theme songs.

The title was “Haikyuu to the top.” This season was aired on 11 January 2020, having 13 episodes only. The fourth season was planned to be released in two cour. The first cour contains 13 episodes while the second one contains 12 episodes. It’s opening and ending song was “Toppako” and “One Day” respectively.

OVA is released in a home video format without showing in theatres; let’s look at the Haikyuu OVA list.

The story revolves around a high school student, “Hinata Shoyo.” After watching a volleyball championship on T.V.

Hinata wanted to become a volleyball champion like the star player he watched on T.V. A national championship triggered the love of volleyball, and he joined his school volleyball club.

Due to his short height, he was nicknamed “Little Giant.” Sadly, Shoyo’s club had no member and no place to practice.

However, he continues his struggle to get into the final match of middle school.

Unfortunately, his biggest dream, bone-tired as Shoyo team, faced a crushing defeat in their first official game that was steamrolled by Junior Championship, including the superstar player “TobiaKageyama.” Shoyo does not abandon hope and wants to vow revenge.

That’s why Hinata applied to the “Karasuno high school volleyball club” to defeat his most hated rival. But Kageyama and Shoyo end up becoming teammates.

The undefeatable personality of Kageyama and the cool qualities of Hinata’s athleticism create new volleyball tactics.

This extraordinary combination of two champions in a team makes a strange alliance. Both of them are filled with fun and inspiration for their teammates.

Here is the list of main characters who are the base of the whole story.

Despite smaller in height, Shoyo Hinata having an energetic and boisterous personality. He is fond of getting higher ranks in volleyball, and he practices more to learn new skills. He has a multitude of foibles to defeats powerhouse schools.

Moreover, Hinata and Kageyama made an undefeatable combination or a formidable team to climb higher volleyball ranks.

Their story of encapsulating teamwork, competition, and friendship got great fame and everyone’s favorite.

However, we have provided a list of Haikyuu episodes. Still, we have not discussed any filler list in the whole article because there is no filler reported across the entire series.

It better to watch as you don’t need to skip any of the episodes for fillers.