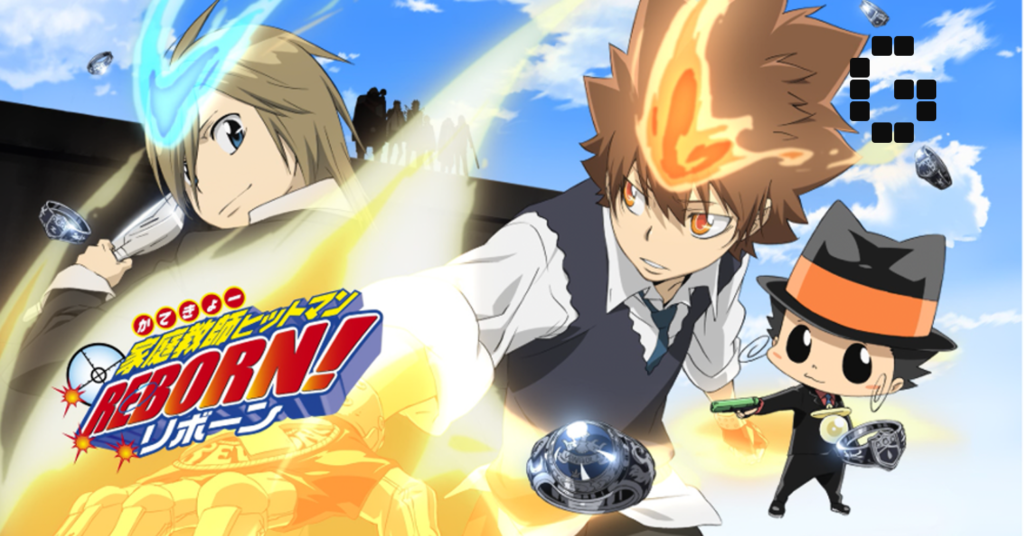 Hitman Reborn is a Japanese manga series that was written and illustrated by Akira Amano. In Japan, it is known as  Katekyō Hitman Reborn. The series was published in Shueisha’s Weekly Shonan Jump from May 2004 to November 2012. All of its chapters collectively make 42 tankobon volumes. Later an anime television series was adapted by Artland, which was broadcast on Tokyo TV  from October 2006 to September 2010 with a total of 203 episodes.

The English release of this series was aired in North America, Viz Media licensed the manga and bought its streaming rights so the first 16 volumes were published by VIz Media. More than 30 million tankobon copies have been circulated by now making it one of the best sellers of Weekly Shonan.

The main story is distributed into arcs. There are two-story Arcs of Hitman Reborn, i.e; Future Arc and Daily Life Arc. The Daily Life Arc is the first story Arc, it revolves around Tsunayoshi Sawada’s life and the training period of his infant trainer, Reborn. The future Arc consists of the period when the family travels in the future by a Ten Year Bazooka to change the future. In this arc, new fighting dynamics, such as Box weapons and Rings are introduced.

Many arcs are termed as a favorite over the others, but in general Hitman, Reborn Arcs ranked according to Reddit and other online platforms, Future arc, though interesting, is quite lengthy and therefore become stale at some point, while the last arc is considered to be the best by most of the readers and viewers.

Hitman Reborn revolves around a boy, Tsunayoshi, Tsuna, Sawada, who is chosen to be the future boss of a mafia family after the violent deaths of all the other possible candidates for the position. To train him an infant hitman from Italy is brought to the scene. The storyline is full of interesting twists and turns however there are a few episodes that are considered as the best amongst them regarding their contribution to the main story or some mind-blowing action that grabs the viewer’s attention.

Here is a small compilation of episodes that tells you when does Hitman Reborn get good.

Below you will find a complete Hitman Reborn watch guide to know about the story dynamics and some of the lesser-known facts.

In the end, fans have been wondering for a while if that, is Hitman Reborn anime finished. Now is it?

Episode number 203 Atarashii Mirai e (Toward the New Future) is marked as the last one of the anime according to the official website. It was officially announced on September 25th that the series has come to an end. Now for many fans, although the series ended with the Future arc, the ending was not a satisfactory one as it ended with more questions than answers. The anime/manga had a lot of potentials to which it didn’t quite reach when it ended.

For example, it was not explained why only Vongola Boss and Xanxus had a combination of two flames while all the rest had only one. Or it was never explained who was Cervello, the identical girls in the future who acted as judges in competitions and wars.

Season 4 Episode 10: The given Information

In this episode, Hibari takes Tsuna and the others to his base, which is also connected to Vongola’s base. Once everyone is settled in the Vongola secret base, new information is brought by Bianchi and Fuuta. They had found the location of the Millefiore Family’s base in Japan, which was under the National Station underground Shopping Mall. Now they decide to train well before attacking the Millefiore.

Tsuna wakes up and finds out he is a prisoner of Spanner, he had told the Millefiore Family that Tsuna is missing while all the tracks leading to him are covered. On the other hand, Ryohei finds himself in trouble as during the battle, Kangayuu shot his boots that propelled him into the air with sun flames.

Reading manga or watching its amine is usually a mixture of enjoying the small scenes and going with the overall storyline at the same time. But if you are really bored and want to avoid the irrelevant fluff to just go along with the basic storyline, some of the episodes which can also be called filler episodes can be skipped.

For example, you can skip the beginning episodes as they may only be introductory and basic, yet they are funny and entertaining which calls for a good experience. If you are watching from the beginning, in a row, episodes 10 to 18 can also be termed as fluff and can be skipped, then again if you are REALLY bored that is.