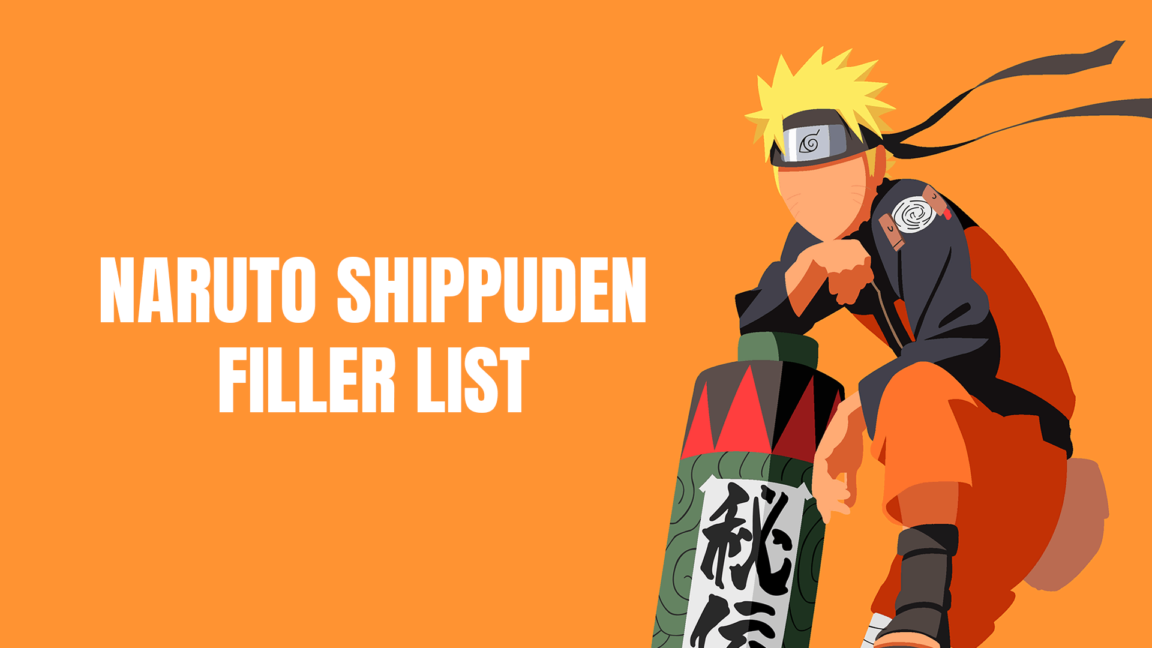 This anime aired from 2007 to 2017. Naruto Shippuden has a total of 500 episodes. This anime has the highest filler percentage.

It got aired after 2 years of production. Naruto is a very loyal and hardworking person.

He goes beyond his limits to save his village and his friends.This guide will help you in watching all the fillers from the series. Through this, you will easily watch fillers without any hassle.  This series has a record of the highest percentage so this will surely make your life easy.  This anime has too much filler so at times people start getting bored.  There are few fillers in which canons are added and because of this people lose interest in watching this series. So, here in this article, you will see all the important filler lists which you can watch without getting bored.

This episode is based upon the issues being resolved regarding the graveyard at the fire temple. He clarified that the people will not be buried along with their dead ones. Yamato figures out that he wants corpses of the ninja that is buried inside the hidden tomb which is near the fire temple.

This is one of the best fillers as it is on top trending. The entire theme of Naruto Shippuden Genjutsu or reality is based upon escapism. In this, the team finds out that they are badly stuck inside a genjutsu and they want to escape from here. The only solution to save their lives is to run away from this trap. Later, with a lot of struggle, they finally escaped and started to fulfill their mission to search for the two main characters Kurenai and Yakumo.

You can’t skip this filler if you do you will surely miss one of the main parts of the series.

The Search For The Rare Bikōchū Beetle:

This is mandatory to watch if you previously watched Team 8. Shino and Hinata are the most loved characters throughout.

The entire theme is based upon the search for beetles. Naruto is in search of it and in the whole episode, you will see him finding a bikochu beetle everywhere.

You will also see the character Hinata working hard. She is trying to learn new self-defense skills. The bond shown between Naruto and Hinata is amazing.

They are true buddies. Everyone should ask for a friend like them.

This entire is based upon humor. All the characters shown are very loving and caring. One of the main reasons to watch this episode is that you will get to see various scenes and great moments of Shizune. Her friends  Tsunade, Jiraiya, and Naruto jumped in and helped her friend in difficult times.

All three of them helped her in paying her debts and saved her Hokage title. They proved to be the loyal friends ever.

This episode is based upon different missions. In this Jiraiya takes Sakura and Naruto on a new mission so that they can easily distract themselves from Sasuke’s absence.

Through this mission, he knows that all of them will build a strong bond with Shinobi.

If you are a die heart fan of this anime then don’t you think of skipping this filler. It is one of the most important parts of the entire story. It has various laughable incidents and some emotional moments among Jiraiya, Sakura, and Naruto.

They made Jiraiya’s few friends join them as well.

In this episode, you will see the true colors of every character. You will see how pervert Jiraiya was initially.

As Jiraiya was a naughty man and was seen flirting with other women. You will see the 2 years of Naruto and Jiraiya of how they did their training and achieved their goals.

This episode is based upon insulting and parody. A chubby parody of tap dancing. The characters bullied each other because of their species and appearances.
Naruto and Ino made one of the weirdest ninja teams throughout the franchise’s history. This was the main cause of being bullied.

But at the end of the episode, you will see how the character accepted its flaws and became positive. Overall the episode had a beautiful ending. Viewers loved the episode and applauded for it.