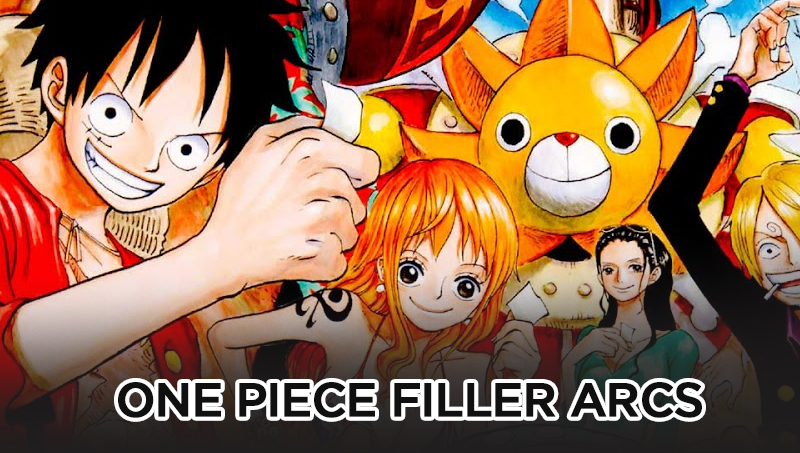 Filler episodes have a huge fan following. But few people are not interested in watching filler episodes because they like the original manga. So, for that, we have formed a filler list for our audience.

In this, there are 8 episodes. In this episode Apis Arc is associated with Warship Island Arc. This story revolves around 2 characters  Luffy and Apis. As Luffy saved the girl from the Marines.

As the percentage of filler episodes is 13% you should know that there are few fillers who are not very important to watch. In my opinion, if you want to skip a few fillers skip Warship Island and Ruluka Island. If you see these episodes you will only see the highlights of recaps which is just a waste of time. But when it comes to watching the most trending one don’t skip G-8 and Foxy returns. These two are the most loved and have a huge fan base. Both of them are very thrilling and entertaining. The content of this One Piece is very unique.

The plot and storyline are very different. It is very entertaining. All the incidents and characters are explained very nicely. In a few episodes, you will get emotional as well. The author has portrayed every episode in a good verse way. All episodes have some nice message to give their audience. As you start watching it you will feel every character as a part of your life. As you will get more involved in it you will more like anime series.

There Have been 12 filler arcs:

are also listed as filler

In this arc, there is 5 episodes filler list. The story revolves around the crocodile who lost the battle by Luffy and saved the most renowned kingdom Alabasta.

These filler episodes revolve around the goat and an old man. Luffy does his best to save the goats from mariners as he senses that they are going to attack him. For the old man goat was his everything. He raised this goat as his own child. It was very dear to him.  This arc’s filler episodes are from 139 to 143. The story revolves around the land Ruluka. An old man was trying his best to take out all the sensitive information regarding rainbow must. He wanted to have all the knowledge so that he can save his childhood friend from this evil trap. Later, the straw hat pirate had a plan to rule over the world.

This arc comprises 12 episodes. This story revolves around escapism. Luffy and his companies made a plan to escape from the marine as they mistakenly got shut-in. They hid in a dark place where no one could see them. Before escaping from the ship Luffy wanted to save Merry as well.

This story revolves around tragedy. In this Luffy has a memory loss during his adventure to water seven.  The only person who was awake throughout the journey has his memory. Now to bring back his memory that has to fight a battle against a creature. In the end you will get to see the fight between Luffy and Zorro.

Competition between foxy and straw hat:

Hunters on the Ice Land:

This arc comprises 11 episodes. The story revolves around success. It tells us about the people who are living on ice lands and how they chase pirates and take their flag.

This episode contains only 2 fillers. This island is known for its calamity. On the journey, Luffy met 2 sisters. Both of them are working hard on the project their father has assigned them. When Luffy saw them he offered them his help and completed the task with them. But after a few years, this island was not known for its relaxation as it was all ruined by the people residing there.