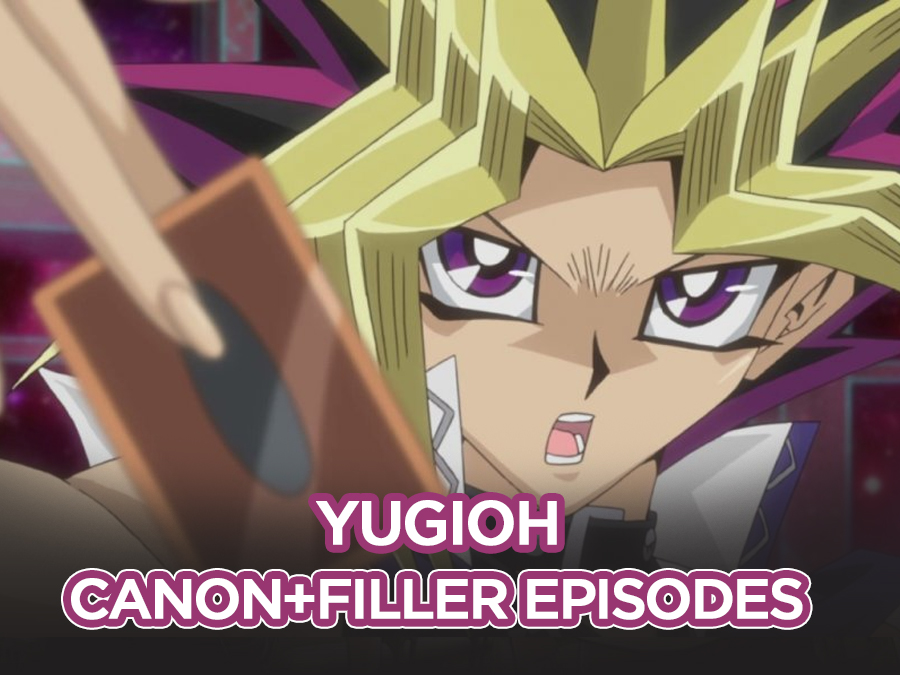 Yu-Gi-Oh or Yugioh, no matter how you pronounce the name, but till now, it is one of the best anime involving games. In fact, it has the best and engaging fillers as compared to the other series!

There are two adaptations of the original Manga; the Yu-Gi-Oh! First, one in 1998) and Duel Monsters Yu-Gi-Oh! In 2000. This Yu-Gi-Oh! The episode guide contains all info about your favorite series, including the Yugioh filler list and episodes.

A bit about Yugioh

The Japanese animated series Yū-Gi-Ō! Meaning “King of Games” is a manga series written and exemplified by Kazuki Takahashi. Firstly, the series was episodic in Weekly Shōnen Jump magazine in 1996. The 1998 version of this series was edited from the original manga. However, another version came out in 2000, and it is a re-mastered series that mainly emphasizes the Duel Monsters games. The series was called Yugioh duel monsters arcs.

However, keep in mind Yugioh’s previous series has the same name, but Yugioh Duel Monsters is a separate series. Some reports state that though these two series are very much different from one other, the first one is a “lost first season,” but that is not true by any means. The series began its lengthy 224-episode run in Japan in the early 2000s and in the U.S.A in late 2001. On the other hand, it was ended in Japan in late 2004, and in the USA in mid-2006.

The English version of this series is widely criticized for its wrong adaption. Makers commented these modifications in the original manga were made to make the complex series more understandable. Similarly, makers also stated that it was necessary to remove and change the inappropriate material to make it more presentable due to demographic differences. Besides this, the Japanese version of this series assumes that people know the original story well. In contrast, the English version of Yugioh describes the series in a much more entertaining manner. In our opinion, this is the main difference between the Japanese version and the English version of Yugioh.

Another thing that many people, especially kids, loved in this series were magical ceremonies in this series and games that were used to predict future events. The series includes many terrifying monsters and magical spells that you will love.

Which Yugioh fillers can you skip?

Some fillers episode in Yu-Gi-Oh! Includes fascinating plots and gives a new direction about the theme.

However, there are some Yu-Gi-Oh! Filler episodes that are dull and not exciting at all. These fillers include boring recaps and stories that are not worthy of your precious time.

Thus, you can skip these episodes if you want to, and you will not miss anything vital:

So now you have all the detail about Yugioh and Yu-Gi-Oh! Duel Monsters Filler list. We hope you will find the Yugioh episode guide helpful, and it fulfills your intent.

Do let us know if you need any other anime filler list or details of filler episodes in the comments section below.